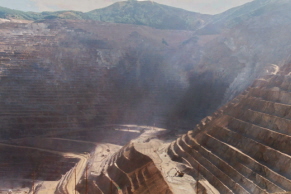 It Has To Be Seen to Be Believed

Imagine a gigantic hole. On top of a mountain. 2 ½ miles wide and ¾ of a mile deep. Actually visible from outer space. And there are photos in the visitor’s center to prove it.

If it were a stadium, it would accommodate nine million people! At 6700 feet above sea level, you can stand and look down into the largest man-made excavation on earth.

The Bingham Canyon Mine is less than an hour from Salt Lake City. Located west of Salt Lake City in the Oquirrh Mountains, it is the world's oldest and largest open-pit copper mine.

The Mine Has Given Up How Much?

Since it first started operation in 1863, the mine has given up more than 12 million tons of copper. And tons more of gold, silver and other minerals.

As you stand and look down into the Bingham Canyon Mine, you’ll experience the unbelievable immensity of the largest man-made excavation on the planet.

As you watch what’s going on below – an actual working mine- you’ll be able to hear an audio presentation in several languages of what you’re looking at. 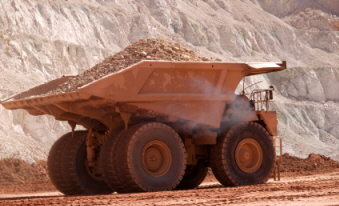 The sheer immensity of the pit dwarfs the trucks which seem to crawl along the circuitous roads scaling the perimeter of the mine. But those trucks are monstrous themselves. Able to haul loads of 240 and 320 tons.

They carry copper ore to the crusher within the open pit. There the ore is reduced to soccer ball sized pieces. And then loaded onto a 5-mile long conveyor ending up at the Copperton Concentrator.

There’s even a powerful new 16-minute video tour in the 90-seat theater. It highlights the history of the mine, present operations, and future plans.

Does Everyone Have To Pay?

Kids in school buses don’t pay. Neither do scout troops in uniform. As well as vans from county operated non-profit senior citizen centers. And the visitor’s area is completely accessible to the disabled.

The admission fee is $5 for automobiles. $25 for mini-tour buses. And $50 for a bus. And if you’re wondering where that money goes, all proceeds are donated to local charities and non-profit organizations.

More than 2.6 million people have visited the mine since 1992. And more than $2 million has been donated to charity.

Where Is The Bingham Canyon Mine?

The mine is located west of Salt Lake City in the Oquirrh Mountains at:

When Is It Open?

April through October 7 days a week. No reservations are required but you’ll want to get there at least an hour before dusk.

Always check the visiting hours ahead of time before making the drive out. You can call them at 801-204-2025.

A “Secret" About The Mine

If you want an unbelievable view of the Bingham Canyon Mine from above, it won’t cost a dime. Well, maybe a little gas. And not even that if you ride a mountain bike.

Just a little north of the town of Herriman in the far southwest corner of the Salt Lake Valley, you’ll find a road leading up into the beautiful and scenic Butterfield Canyon. The autumn colors are stunning.

Drive or ride up this road. It’s mostly old pavement but some gravel. Take the right fork at the very top. Follow the gravel road straight up. You’ll be able to experience this fantastic view looking down into the mine from above.

Back to top of Bingham Canyon Mine