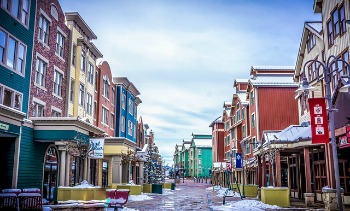 Park City history … the reason Park City, Utah became a town in the first place … is due to forces set in motion millions and millions of years ago.

As the earth’s layers were still moving, molten rock from the earth’s interior bubbled up pushing the surface above higher and higher. Creating the mountains we see here today.

As countless earthquakes ripped through these formations, the resulting upheaval caused cracks and faults to be formed. Eventually, mineral-laden molten fluids flowed up through these fissures.

After they cooled, the crystalline deposits remained for countless years. Undisturbed until men discovered them and believed them to be valuable enough to dig for. Altering the course of Park City history forever.

The first known humans to spend time in this area were the Ute Indians. Making their summer homes here, they hunted and roamed through what is now Utah and Colorado for hundreds of years.

And they controlled the area pretty much undisturbed until 1847. That’s when Brigham Young led his Mormon followers over the Wasatch Mountains and into the Salt Lake Valley.

Right from the beginning, Brigham Young encouraged the Mormon pioneers to fan out through the surrounding areas and set up communities built around agriculture. Church apostle Parley Pratt settled in this high mountain basin east of the Wasatch Front and let his cattle roam the grasslands.

In 1850, he built a toll road leading down into the Salt Lake Valley and collected a small fortune from gold chasers headed to California. This section of road eventually evolved into Interstate 80.

There was tension … an uneasiness … between Mormons and the U.S. troops sent to Utah during the 1850’s. Brigham Young preached to his people the folly of hunting for gold. He favored agriculture.

The leader of the Army troops sent to Utah ... Colonel Patrick Edward Connor ... eventually became known as the “The Father of Utah Mining.”

His goal was to explore and discover minerals throughout Utah ... gold, silver, copper ... and set off a gold rush. His chief aim? To dilute Brigham Young’s power by creating an influx of non-Mormons. Changing not only the course of Park City history, but that of the entire future state of Utah.

In 1863, his men discovered copper in Bingham Canyon in the mountains west of the Salt Lake Valley. They struck silver near what is now the ski town of Alta up Little Cottonwood Canyon. And more of the same in the next canyon … Big Cottonwood … where the ski town of Brighton now sits. 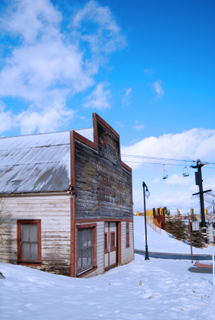 In 1868, silver ore was discovered by several different parties. A Mormon named George Snyder, along with one of his wives Rhoda, moved to the area and built a log cabin. The two-room cabin became a boardinghouse for miners.

On July 4th, 1872, George Snyder declared that the mining town which had sprung up would be named Parley’s Park City. Parley’s name was soon dropped and one of America’s old famous mining towns ... and ski resorts ... had a name which exists to this day.

With the discovery of the silver deposit which eventually became the Ontario Mine, Park City became famous throughout the country. The new Comstock Lode.

George Hurst ... along with his partners from San Francisco … bought the Ontario. The silver dug out of this mine only served to explode the legendary Hurst fortune.

Profits from the silver mines in Park City produced 23 millionaires. And the stories that go along with some of these colorful characters make help Park City history an interesting read.

As the silver ran out, Park City went through the same kinds of boom and bust cycles so many other western mining towns experienced. But many of those towns died and never came back.

Park City was even listed in a 1951 book Ghost Towns of the West. It prompted the town mayor at that time ... Will Sullivan ... to state that “there were still 1,150 of us live ghosts around then.”

By the late 1950’s, all of Park City’s mining claims had been merged under one company – United Park City Mines. But it became evident to the board that the company needed to get into another type of business.

And in 1957, they began investigating the potential of getting into the ski business. Once gain, drastically altering the direction Park City history would take.

Treasure Mountain Resort was completed in December, 1963. And dedicated in the summer of 1964. Imagine what many locals thought when they were told that the property they couldn’t even get a bank to loan on may be worth a lot of money some day.

If you know anything about Park City history, you’ll know that homes worth millions of dollars are now common throughout the area.

The onset of the winter ... once cursed by miners ... is now the happiest time of the year for Park City residents. The ski season brings thousands of people from all over the world to play ... and sometimes stay ... in Park City.

The place where silver ore was first discovered almost 150 years ago has become a world-wide destination playground. With two of the top ten ski resorts in America.