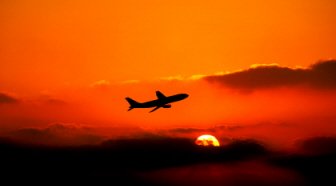 Utah air travel is provided by 13 major airlines in and out of Salt Lake City International Airport. It is within 2 ½ hours of half the population of the U.S.

The airport has two terminals, five concourses, and 83 gates. And wireless internet is available throughout the terminal.

Each day, 900 scheduled flights leave for over 100 nonstop destinations. In 2005, the airport was ranked first in the nation for on-time departures and second for on-time arrivals by the U.S. Department of Transportation.

Car rental facilities are located on the ground floor of the short-term parking garage directly across from the terminal buildings. You can rent the vehicle of your choice from one of 10 rental companies located there.

A taxi cab from the airport to downtown Salt Lake City will run you from $20 to $25. 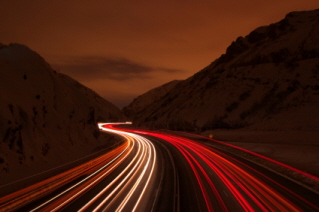 Utah is bisected by Interstate 80 east and west and Interstate 15 north and south. Interstate 70 brings people from the east into the central part of the state. And drops them near Utah’s famous national parks.

Both I-80 and I-15 converge in Salt Lake City allowing easy access to all the things you’ll read about on this site.