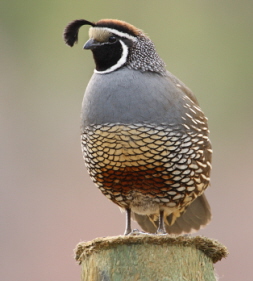 Utah upland game animals provide wonderful viewing and hunting experiences as a result of the variety of habitat.  Some of them include:

1.  chukar partridge – hot, dry condition cause chukar numbers to plummet. So each year’s moisture levels determine the health of their population. Numbers have improved over the last year or so after two tough dry years.

2.  forest grouse (dusky and ruffed) – dusky and ruffed grouse are harder to track. So biologists have a tougher time getting a read on their populations. They also respond well to the improved conditions brought on by more rainfall. And their numbers appear to be increasing the last couple years.

3.  pheasant - one of the most familiar Utah upland game birds, ring-necked pheasants are affected by the availability of viable habitat. And as their habitat in Utah continues to decline, so do their numbers.

Areas around agricultural fields are best for finding pheasant. And most of them are found on private land. Make sure you have written permission from the landowner.

4.  quail (California and Gambel’s) – you can find Gambel's quail in the deserts of southwestern Utah. Improved habitat – from increased precipitation – has brought their numbers back. California quail populations are quite healthy in Utah.

Nothing seems to bother them. But as residents are aware, most of these birds live near urban areas where hunting isn't allowed. I have a family of a dozen or more living in my back yard in suburban Salt Lake City.

You can also find them in the foothills or in brush-covered areas in valley bottoms. You can’t hunt within 600 feet of homes or other buildings in Utah. 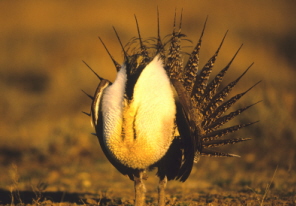 5.  Sage-Grouse – in pioneer times, Sage-Grouse were abundant in Utah. But two things have reduced their numbers. Eradication of sagebrush – one of their main foods. And over-grazing by domestic livestock. There’s probably fewer than half of historical highs.

The Greater Sage-Grouse is a native Utah species. They lived mainly at elevations from 4,000 to 9,000 feet from the Great Basin to the Colorado Plateau. And are rarely hunted in Utah now.

Other animals included in the Utah upland game category include: