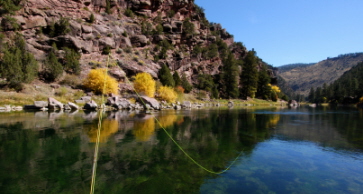 There’s an endangered river in Utah … the Green River … and the odds are, you don’t even know about it. The river provides enjoyment to more than two million visitors each year.

But that could all be in jeopardy. A recent report by American Rivers puts the Green at No. 2 on its list of America’s Most Endangered Rivers of 2012.

Proposed pipelines and a nuclear power plant would drain so much water from the river, its very existence would be threatened. Along with its dependent ecosystem. And … of course … the recreational opportunities so many people enjoy.

The Green is approximately 730 miles long. From its origin high in the Wind River Range of Wyoming, it flows down through Utah, into Colorado, and back into Utah. It ends in Canyonlands National Park in a confluence with the Colorado River.

He wants to pump it 560 miles onto the Colorado Front Range … the most populous region of Colorado. 250,000 acre-feet per year! A potential … yet drastic … solution to a potential water shortage in Colorado brought on by rampant speculation and growth.

The good thing is that the Federal Energy Regulatory Commission rejected this proposal in February. And did so, once again, in May of 2012. But the battle isn’t over. There’s another Colorado-based pipeline proposal in the works. And Million says he’s not done.

But Why Are These Colorado-Based
Pipeline Proposals Even Being Considered?

Colorado was given most of the rights to water from the Colorado River. And it’s under those guidelines that these proposals are being taken under consideration. 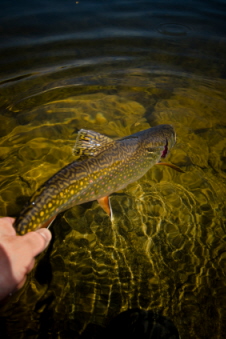 A nuclear power plant is in the works near the town of Green River, Utah. And Utah’s chief water rights official has given his OK to divert 53,600 acre-feet of water from the Green River to cool that power plant.

If that’s not enough, oil shale, tar sands, and natural gas development also pose threats to the ecosystem of the Green. And subsequently, all of the recreational enjoyment people get from the Green.

The present economic value of an endangered river like the Green is difficult to determine. But Trout Unlimited says that Flaming Gorge Reservoir … and the Green River above and below it … is worth $118 million per year to the economies of a trio of counties. Uintah and Daggett in Utah. And Sweetwater in Wyoming.

I only learned about the pipeline threats a week ago. To read more about Utah’s endangered river … The Green … and the others on the list, go to American Rivers and get involved.

Back to top of Endangered River