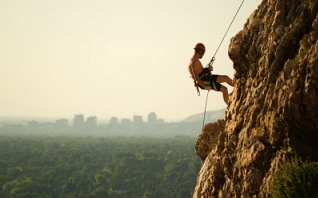 Salt Lake City is The Fittest City in America

Yes.  That's right.  The fittest city in America is Salt Lake City . Now, of course, awards like this are certainly based on a variety of criteria. And definitely open to debate. And there are probably several lists of fittest cities.

But, according to Men’s Fitness magazine’s February 2009 issue, Salt Lake City tops them all.

The magazine has been doing this analysis for 11 years along with an independent research firm. And what do they base this claim on? By analyzing the 50 largest cities – or metropolitan areas - in the nation in more than a dozen different areas, they arrive at their conclusions.

Yes, Salt Lake City has changed over the years. Like every other American city, there seems to be a fast-food outlet on every corner. To me, even more so than in other cities. And ice cream joints are certainly easy to find. They’re everywhere.

Sure the freeways are packed. And, if you’ve been here during one of our winter inversions, you’ll be scratching your head wondering what this award was based on.

Well, it is based on things such as:

Salt Lake City received kudos as America's fittest city for having a large percentage of residents who are motivated to keep fit. High marks were given for: 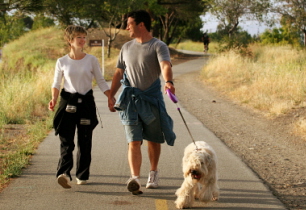 One of the most interesting results of this analysis is which city found itself on the bottom of the list. One of the least fittest cities in the country. Beautiful, sunny Miami.

People in Salt Lake City are four times more likely to swim than residents of Miami. And Salt Lake City has a lot more public park area than Miami. By 11 times!

The study did find some negatives about the Salt Lake City area.

But as Men's Fitness magazine declared, people in Salt Lake City “talk the talk and walk the walk – and sweat.” Or at least more than other cities in the country. And, therefore, they named it the fittest city in the country.