What Do You Notice First?

Salt Lake City is famous for the mountains of course.  The Wasatch on the east side.  Snow-capped even in July.  Rising straight up from the valley floor.

The Oquirrhs to the west. Both ranges reaching for the clouds. Sometimes touching them.

What else do you notice about Utah's capital city right away? Wide clean streets running east. West. North. South. In straight lines. A paved grid. What’s this all about?

When I first got to here, I didn’t get it. It began to make sense though as soon as I had to find my way around.

Downtown – Temple Square – is where it all starts. The grid radiates out from that central block. So organized. So orderly. So much in contrast to the rugged and irregular Wasatch Mountains.

First-time visitors often arrive not knowing quite what to expect. A perfect example? I was stunned to read in 2012 about a Utah Jazz prospect in town for the first time.

Here for an audition prior to the NBA draft, he actually said he was surprised to see it was “kind of like a city. I was expecting cows and stuff”. Wow!

People come from all over the world to experience the best Salt Lake City has to offer. A lot of them stay. I did.

We stay because there’s no other place we know where we can do so many of the things we like without going very far.

A Lively And Hospitable City

The city has evolved into a lively and hospitable city. An energetic and fun city. With diverse neighborhoods. A focal point for art, entertainment and culture.

There’s a revitalization going on downtown culminating in the Downtown Rising development project. Over the next five years, an investment of more than $2 billion is being made in a 10-block area of downtown Salt Lake City. A magnet for visitors and residents alike.

Salt Lake City offers a world-class array of restaurants both in terms of quality and quantity? The best in music, theater and art. One of the most vibrant job markets in the United States.

Named one of the ten best cities to live in America. And Forbes named Salt Lake City the best city for commuters in the country! 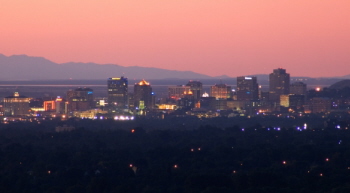 Cultural Diversity Is A Mainstay Here

The Utah Arts council, organized in the city in 1899, is the oldest state arts agency in the United States. You can enjoy the city's own symphony, ballet, theater, opera or modern dance companies. And The Mormon Tabernacle Choir.

Salt Lake City allows visitors to experience any one of more than 25 art galleries and museums along the Wasatch Front. The Utah Museum of Fine Arts on the University of Utah campus houses the largest collection of world art in the Intermountain West.

Can You Get A Drink If You Want One?

There's a common misconception about Salt Lake City. Getting a drink is not difficult. Award-winning microbreweries. A glass of wine. The drink of your choice. All easily available.

The area is consistently ranked as one of the top vacation getaways in the country. 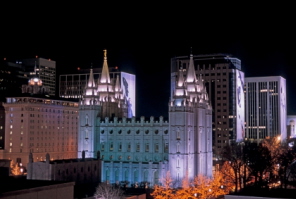 Dominated by The Salt Lake Temple. More than 100 years ago, the Chicago Tribune said it best. “The building was worth a trip across the continent to see.” It still is.

Remember the 2002 Olympic Winter Games? "Superb” said the IOC President. For millions around the world, this was their first glimpse of the city by the Great Salt Lake.

The best attended. The most watched. The best games ever especially when considering what had happened a few months before. September 11, 2001. The world got a little less crazy for a couple weeks.

The 2002 Olympic Games changed Salt Lake City also. Mostly for the better. An exciting time I was lucky enough to experience.

Many of those visitors had so much fun, they continue to come back. And the stunning facilities built for those Games are a must-see on your visit to the area.

And why is the The Utah State Capitol Building one of the most popular Salt Lake City tourism attractions? Completed in 1915 and having recently endured a massive facelift, the Capitol is a lovely Renaissance-style building.

It features colorful murals in the rotunda depicting events from Utah's past. The building is an architectural wonder in its own right and the view of the valley from here is stunning. 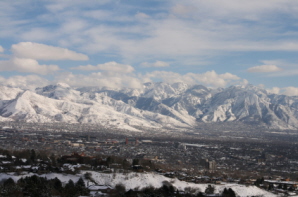 The Salt Lake International Airport ranks as the 22nd busiest in the country in terms of passengers. It continues to rank number one among U.S. airports in on-time departures and arrivals.

What does this mean for you? You get here when you’re supposed to and you get out of town without waiting.

You don’t need another reason to spend more time in an airport. You don’t have to worry about that here.

Like basketball? Salt Lake City is the home of the Utah Jazz of the NBA. Baseball? The AAA Salt Lake Bees of the PCL. Soccer? Real Salt Lake of the MSL. Hockey? The Utah Grizzlies of the ECHL. Football?

The University of Utah is located here. On “The Hill”. A major medical and research university. The Huntsman Cancer Institute.

Home of the Utah Utes. Rice-Eccles Stadium – home of Utah Utes football and the amazing opening and closing ceremonies of the 2002 Winter Olympics.

Rice-Eccles is also the home of the Olympic Cauldron Park museum. Great to see and it doesn't take long.

What’s more, the city is the hub of The Intermountain West for: 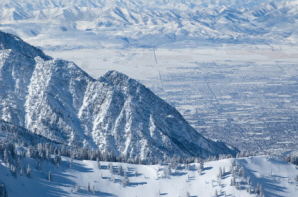 With an elevation of 4330 feet (1320 meters) on the valley floor and 5200 feet (1580 meters) on the benches, opportunities to enjoy an active outdoor lifestyle are as varied as your imagination.

All are available mere minutes away.

And according to one magazine, the fittest city in America is Salt Lake City. Now, of course, awards like this are certainly based on a variety of criteria. And definitely open to debate.

But, according to Men’s Fitness magazine’s February 2009 issue, Salt Lake City tops them all.

Now I work out every day and plan ahead every time I eat. I must admit ... if we're the fittest city in America, this country is in big trouble.

The city has also recently become one of only two cities to achieve silver status as one of the most bicycle-friendly cities in the country.

Golf And Ski In The Same Day?

You'll find some of the highest rated, best-maintained, and most affordable public golf courses in the country. Nine full-service golf courses.

Imagine spending a morning enjoying the greatest snow on earth followed by 18 holes of golf in the afternoon. You can do it here. And sometimes in January and February!

I’m sure you’ve heard of the Great Salt Lake . Five times saltier, on average, than any ocean. The largest salt lake in the western hemisphere. A sailor’s paradise.

That’s right. Sailing is very popular on the lake with two full-service marinas. Many people also think it’s one of the best kayaking waters anywhere with over 10,000 miles of shoreline.

As you’ll see in other parts of this site, Salt Lake City is your gateway to fun and adventure in the rest of the state.

Nonetheless, it stands very well by itself as an ultimate destination for play and entertainment.

If you want to know what to do when you get here, click on the link below:

Things To Do In Salt Lake City