Things To Do In Salt Lake City 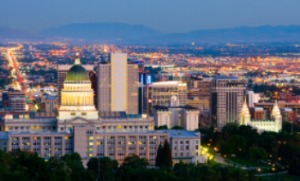 If you’re looking for things to do in Salt Lake City, this page will help you decide what you want to do.  And what you want to see.  It lists many of them.  But also links to other pages describing them in detail.

If you’ve read through my site, you already know that this state is a pretty neat place to come play in.  And Salt Lake City is the gateway to the rest of the state especially if you come by air.

But the city does a great job of standing on its own as a final destination whether you’re coming for work or play.

When I came to Salt Lake City from Canada, I couldn’t believe how clean the city was.  And how wide the streets were.

For me, getting around was easy.  The city was laid out in a grid radiating outwards from downtown – Temple Square.  And it pretty much follows that pattern even today.

I’ve heard the stories about the city’s less-than-stellar reputation among people who’ve never been here.  Especially for those who like an adult beverage.

But as I’ve endeavored to explain in this site, it’s really not that difficult to enjoy yourself in this town if you know how the game is played.

And … yes … you can find some of my comments on this site that are downright uncomplimentary of the way those who run this state frequently lean on their religious beliefs when making up the rules.

But there’s plenty to do here.  No matter where you’re from.  Or what you’re looking for.

More than a decade ago … for the 2002 Winter Olympics … people came from all over the world to visit this city and the surrounding area.

Many of those people enjoyed themselves so much, they continue to come back.  Many of them even moved here.  The latter … for people like me who’ve lived here a long time … isn’t always the best thing.

Many residents would prefer no one else discovered the place they call home.  But that simply isn’t possible.

So if you’re looking for things to do in Salt Lake City, click on the links below to learn more: