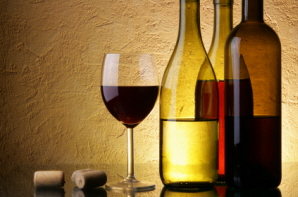 Yes You Can Get A Drink In Utah

But Utah liquor laws have just always seemed to make it as difficult as possible didn’t they?

But it’s getting easier!

As anyone who lives in Utah already knows, you’ve always been able to get a drink here.

But ... as of July 1, 2009 ... Governor Jon Huntsman Jr. signed historic legislation hurtling Utah liquor laws into the 21st century. It was a day many thought wouldn’t come.

With the stroke of a pen, Utah’s archaic private club requirement was abolished. Changing the way restaurants, bars, and clubs can serve drinks in Utah.

And taking away one of the few weak arguments other states could use to try and get people to visit their state instead.

This was, of course, instituted with the “blessing” of the Mormon Church. The main aim? To restrict and curb the use of alcohol.

I found when I got here, though, that if you wanted a drink, you could get one. But Utah liquor laws seemed to make it so much more difficult than in other places. And, even if it wasn’t, everyone I knew believed it was.

What Has Changed And Why Is It Better? 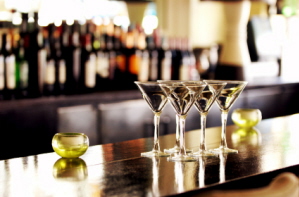 What Does It Mean For Visitors?

Well, it means that if you are of legal age – 21 in Utah – you can get any kind of alcoholic drink you want. In a bar or restaurant licensed to sell them. And without having to worry about getting a private club membership.

So if you’ve heard about the weird Utah liquor laws and think you can’t get a drink, it's not true. As local long-time radio host Tom Barberi recently said, he never thought he’d see the day when adulthood was legislated in Utah.

As the originator of the term "Utah by 5" (a reference to my Utes), Barberi is one of my favorite all-time Utah personalities. Someone who came here like me from out-of-state and stayed here because he loved it. At least a lot of it.

It’s just a whole easier now for you to be treated like a thinking adult if you’re coming here to visit.


Have Something You Want To Sound Off About On Utah Liquor Laws?

Come on. Face it. If you've been to Utah ... or live in Utah ... and you like to have a drink, you've got to admit, Utah liquor laws are still in the Dark Ages. Aren't they?

Since I wrote the above page, it seems like things have reversed and are moving back in the wrong direction. The Utah legislature is on the warpath. For the reasons I've mentioned above.

It seems like this is one area they're bound and determined to keep meddling in. For every step forward, they want to take two or three back. Coinciding perhaps with Governor Huntsman leaving for China.

I'll be adding updates here. And so can you. Sound off or comment on whatever is written here. There's a lot of great things about this state but the Utah legislature isn't one of them.

Check Out Texas Local Drinking Laws Not rated yet
Compare Utah to Texas! Every town in Texas is different. Some are dry, some are damp (beer & wine) others are wet (b, w, mixed drinks). Some wet towns …

American Not rated yet
I've lost the reason why a few wish to regulate the most mundane of rights we Americans have. It's not only Mormons but that's the subject at hand. Live …

Zion Curtain Not rated yet
Read my latest page ... also on my blog ... about Utah's ridiculous new Zion Curtain law.

Utah Lawmakers Are Wasting Time on Stupid Liquor Laws! Not rated yet
I wish our lawmakers would concentrate on more important issues than wasting our tax money deciding on which liquor law to change next! I would think …

Privatizing Utah Liquor Stores Not rated yet
Well, in the wake of the recent announcement that Utah was closing ... and then not closing ... 9 state-owned liquor stores, a new movement has been awakened. …

Utah State Liquor Stores Closing ... Or Not Not rated yet
Well, it's not true after all. Perhaps the Utah state legislators actually listen to their constituents. And not just those who are members of the predominant …

Utah Liquor Stores Not rated yet
So what’s the big buzz now about Utah liquor stores? Let’s fast forward a couple years after the above changes were enacted in Utah. What’s the latest …